Handling Swinger Emotions, this topic is part of a mini-series I am doing, all about handling emotions when swinging with another couple. I have already shared with you two great questions that I received, and in this post, I aim to uncover the mixed bag of emotions that arise when you are swinging with other playmates.

Guilt, jealousy, insecurity and discovery are all part of the process, and luckily for you, I'm right here with you to help make sense of this emotional rollercoaster and have you swinging like a boss! I'll also be sharing another question I received (you guys love to keep me busy) about working together as a rock-solid couple!

So...if you are ready, I shall begin!

Handling Swinger Emotions As A Couple

Swinging as a couple is a team effort, you may not always subscribe to your partner's kinks or wish to experience them yourself, but you do have to support them and respect their wishes. This is where clear communication, honesty and understanding all come into play. There will be times when you compromise, times when you have uncomfortable conversations and times when you think, 'you wanna do what!?'. 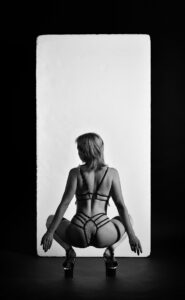 Being ethically non-monogamous can be an extremely emotional experience. It's ok to feel a variety of emotions; sometimes, feelings can creep up on you and hit you unexpectedly in the face. The more we discover about ourselves and our desires, the more we understand one another. I talk about the importance of understanding each other's differences later in this article when I share with you a question I was sent from one of my members over on Discord.

First of all, how much is too much? There's no sexual barometer at a swingers party! No alarm goes off when someones had their 'appropriate amount'. I, for one, certainly don't want my playmates or my partner to hold back whilst swinging.

Don't feel bad about enjoying it, or try and shame your partner if you think they have had too much fun; surprisingly, this is something that I've heard numerous times over the years.

People, who say 'I think my partner was having too much fun'

Here's a piece of TKG wisdom for you, ready?

What kind of a person are you? Who doesn't want their lover/ husband/wife/partner to have fun? This kind of insecure, selfish, behaviour has no place in my world. If I heard this from my partner or someone I was playing with, I'd have to put them straight!

It gets us all at some point. Insecurity niggles away at even the most body confident or experienced lifestylers from time to time. I haven't met a swinger yet who hasn't had insecure thoughts about their body, looks, jealousy, partner, or sexual performance (to name but a few). It is completely normal to have insecurities, but worrying about them doesn't solve anything. If like me, you easily become trapped in a cycle of overthinking and negativity, it can seem almost impossible to break free.

Cut yourself some slack; there's no right or wrong way to swing, and taking small, gradual steps; communicating the whole time, is how you become rock solid swingers. 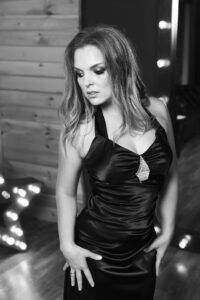 No one is ever going to expect you to be 100% hang-up free or completely at ease with absolutely everything that goes down. It's fine to have insecurities, doubts and fears, as long as you work to understand, overcome them and embrace your swinging life!

Give yourself some credit; if you're reading this, you are most probably in the swinger lifestyle or heavily contemplating it, and that my friends is something to be proud of!

You can't control other peoples actions, no matter how hard you try!

I've covered jealousy a lot, but for this article, Handling Emotions When Swinging, I'm going to tackle it from a different angle. Instead of talking about experiencing jealousy within your relationship, I'm going to give you some advice on managing jealous feelings for other swinger couples. It has become apparent to me that several swingers have experienced what can only be described as swinger couple possessiveness and have felt envious when their new play partners have swung with other people.

This type of possessive, jealous behaviour is quite normal but not healthy.

I understand that it's great when you meet a couple you really enjoy swinging with, but getting jealous because they want to swing with other people or show affection/ interest in others will not be productive. They aren't 'your' swingers, they too are on a journey, and you have to respect their wishes and boundaries.

If they want a soft swap with you but later see them full swapping with another couple, don't get upset; they have their reasons.

Someone got in touch with me to say that they had met a great swinger couple and had played with them, but their play session had gotten cut short, and it was left as a to be continued.

However, the other couple went on to play with other swingers in the meantime, resulting in the couple feeling jealous. Remember that you can't control other peoples actions, no matter how hard you try!

At some point you will face rejection and have to reject other swingers too.

When it comes to swinger dating and intimacy, rejection, I'm afraid, is part and parcel of the Lifestyle. You will never appeal to everyone, and sometimes, you have to accept that even though you may have swung with someone before and had a great time, this doesn't necessarily mean you will do it again.

I was recently sent a question from one of my members on Discord who stated that she had felt attached to a particular swinger, had a great time playing with him, but later felt rejected when he didn't wish to play again. I know that rejection is uncomfortable, but you have to accept it. Seeing swinging for what it is is the first step. It's fun, it's sexy, and it can be amazing when done correctly, but you will at some point face rejection and have to reject other swingers too.

Don't get hung up or attached to one or two particular people; respect their wishes and remember that just because they don't want to swing again or have another date, it doesn't mean that everyone will think this!

Going back to what I said at the beginning of this article, where I wrote about how unexpected emotions can positively affect a relationship, I want to share a situation with you that one of my members on Discord shared with me.

She and her husband have been together for many years and have been in the Lifestyle for a few months, gradually meeting other couples for dates, dipping their toes in, and having a few swapping sessions. 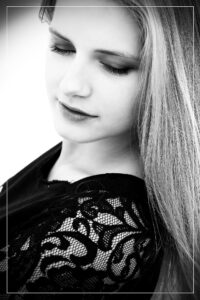 An unexpected side effect of the swinging Lifestyle has emerged for them, and the female half of the relationship, let's call her R, has discovered that she is, in fact, Demi Sexual.

After struggling to understand the emotions she was experiencing, she did some research and realised that she identified as Demisexual; she does not experience sexual attraction with a person until she has formed an emotional bond with them first.

Her husband admitted that he felt relieved when she made this discovery as it meant his wife was no longer agonising over the emotions she was experiencing and instead, is now able to embrace who she is.

This is just one example of self-discovery.

Through swinging, I myself have learned that I enjoy experiencing compersion, and I enjoy seeing my partner enjoying sexual intimacy with others, regardless of being involved myself. 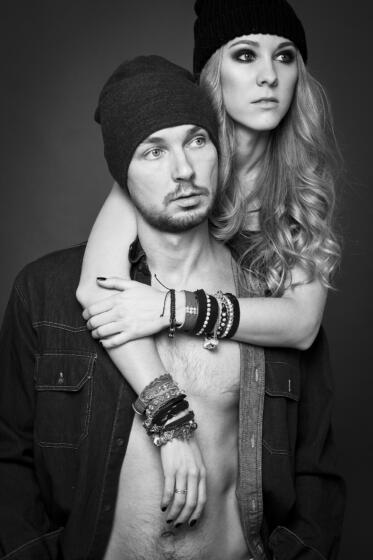 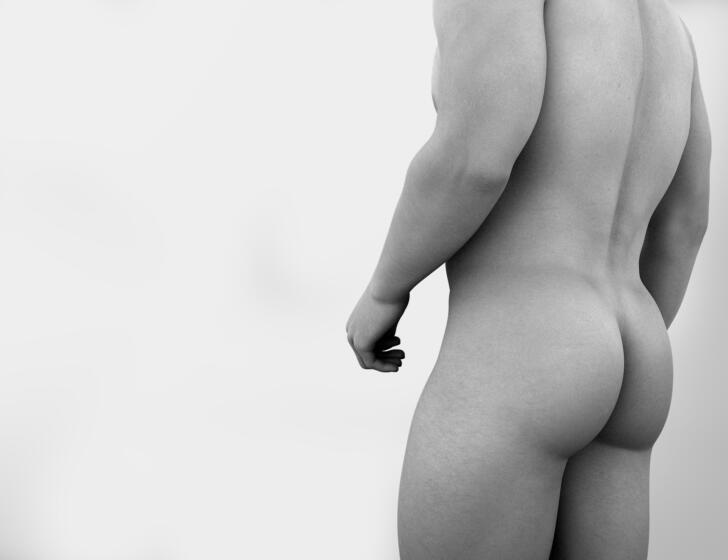 Male Insecurities And Swinging - Help! I ...

Hi, I'm Rosie. The girl behind ThisKindaGirl.co.uk. In my blog articles, workshops, and social media I attempt to banish the stigma and myths associated with non-monogamy, who swingers are and what they enjoy. I’m here to help people talk about their sexual needs openly so they can have meaningful and satisfying relationships built on trust and honesty. So, sit back and dive deep into Ethical Monogamy with me. Here you will find everything you need to know! 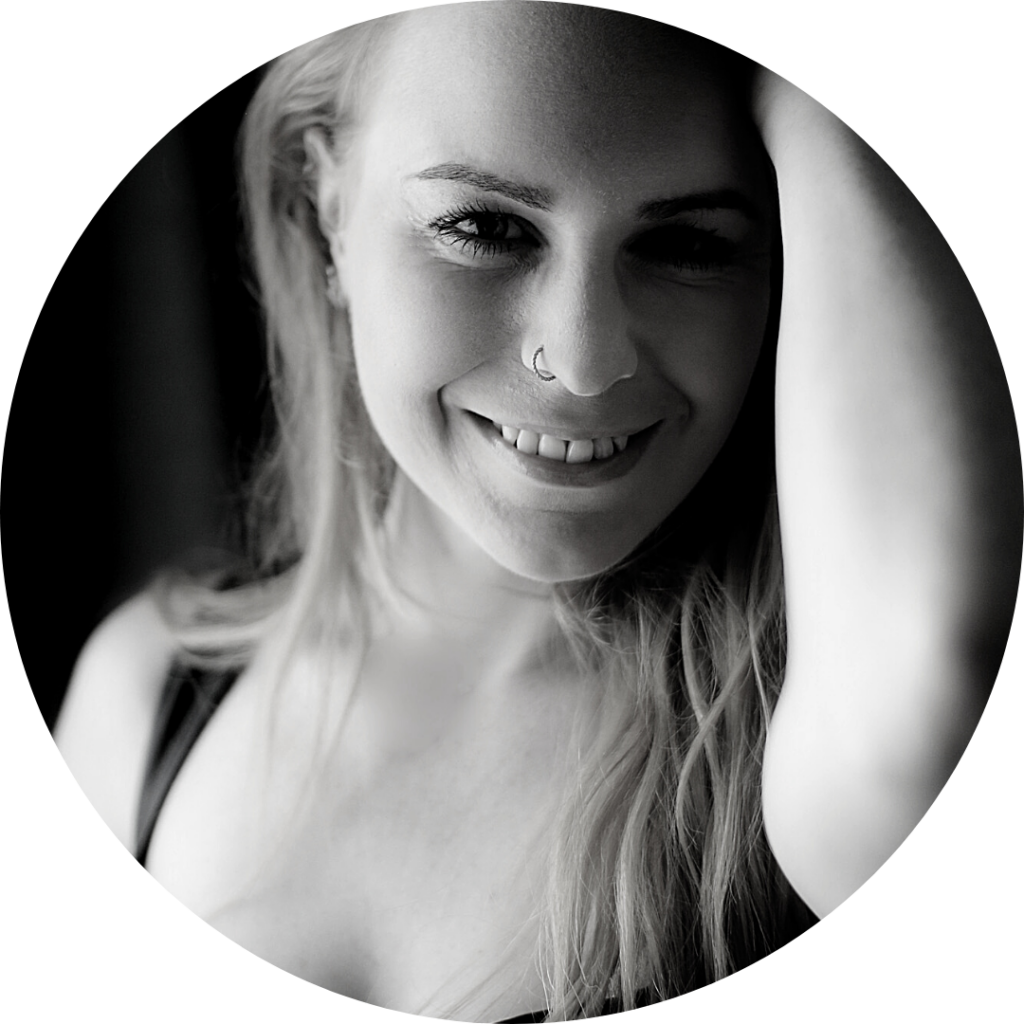 TKG was born out of a desire to share my honest advice about swinging, alternative relationships and human nature. I’m here to help people successfully navigate the heavily stigmatised world of swinging.

Sit back and dive deep into Ethical Monogamy with me. Here you will find everything you need to know!

My story: get to know me 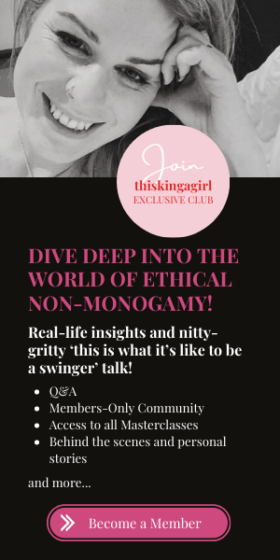